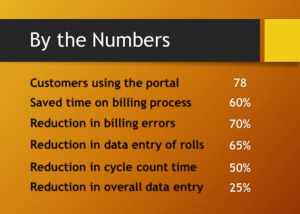 Let’s face it, technology changes every day and it can be difficult to keep your business software up to date. Technology that was the backbone of your software one day could be obsolete the next. Add to that the fact that business changes over time – with enhancements needed to fit these changes – and you have a recipe for a major software headache. Gavant is able to create software that is intuitive and exceeds business expectations. This is exactly what was done for Stone Management Inc., whose software was getting so complex it was nearly impossible to maintain.

In-house developed business systems need to change and evolve with the times. This imperative is often pressed by customers, or driven by continuous improvement mandates to streamline product and information flow for increased competitiveness and faster responsiveness to the market.

All company operations were handled by an in-house software system that had been developed and enhanced over fifteen years. As the business environment and the standards of service were raised over time, new enhancements were added to Stone’s system. After many iterations, new enhancements became far more complex and time consuming. Still, expectations continued to accumulate. In addition to the pressures of responding to customer driven enhancement needs – a new report or screen view, for example – the system now had additional pressures placed on it from a technology obsolescence perspective that were never imagined in the early years. It was no longer fun for the single programmer to continue to work on the system. What’s worse, after two years coming up to speed in the business the programmer resigned, leaving nobody to support the system.

Customers are pleased to see investment in technology that differentiates us from the competition.

Stone executives realized the system capabilities couldn’t stand still. There was a long list of things the system needed to do better. The executives evaluated a dozen off-the-shelf commercial software packages then purchased and attempted to implement a new system with questionable results. A second new system followed, with a similar outcome. It seemed that for each process made easier by those systems, other processes were made more difficult, cancelling out any performance gains.

The next step became clear: Rewrite the existing system with modern technology and include the long list of enhancement ideas into its core. The team considered several software application development firms, but found that many employed offshore programmers with unclear accountability while other firms were too small to get the rewrite done in an acceptable timeline. However, Stone saw that Gavant Software was different, and turned to the Troy-based company for the rewrite. “Customers are pleased to see investment in technology that differentiates us from the competition,” said Alison Belloise, Executive Vice President of Stone.

People feel good about the system because it’s intuitive and does what they need.

Gavant met with the Stone team and engaged a 360 degree understanding of the business, the capabilities of the existing system, and the stakeholder ideas and demands on the system, both current and future. Gavant proposed rewriting and updating the system to deliver on all of these needs, then set about programming a modern system. “I was amazed at how quickly the Gavant team understood our business,” Belloise shared. The Stone team was consulted throughout the process, providing valuable input and tracking significant milestones.

The system has delivered on all of the business expectations.

It has been six months since the rewritten system went online. The new system is fantastic and has had a profound effect on Stone employees; according to Belloise, “Our people are looking at the system for 8 or 9 hours a day, it needed to be soft on the eyes, and it is!” She continued, “The system has delivered on all of the business expectations and has had a very positive impact.” People feel good about the system because it’s intuitive and does what they need. They get excited about seeing enhancements.”

The system not only does what employees need it to do, it has also sped up tasks and processes that were previously time consuming. Belloise elaborates, “Our billing process now takes 75% less time, saving a day and a half each month, and we’ve eliminated manual offline workarounds that resulted in so much waste.” Employees aren’t the only beneficiaries of the rewritten system, though. “Customers love the portal feature, bringing fewer calls into customer service for information that customers can access any time,” Belloise explains. “We’re confident this system will help keep us highly competitive for the next 15 years.”

Facing similar bottlenecks and inefficiencies with your software that Stone was able to overcome with their custom solution? It may be time to discuss a legacy software system facelift of your own. Contact Gavant Software today to discuss your scenario! 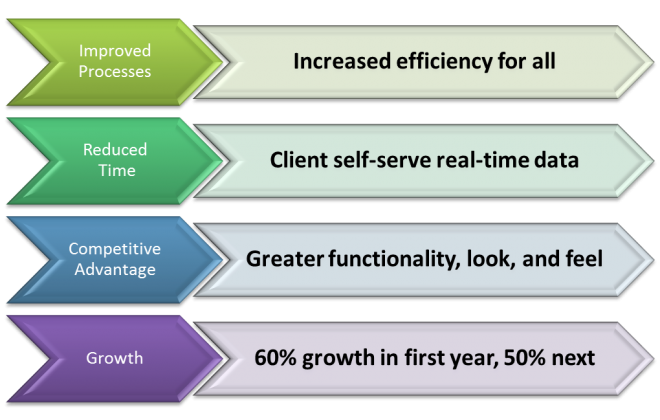 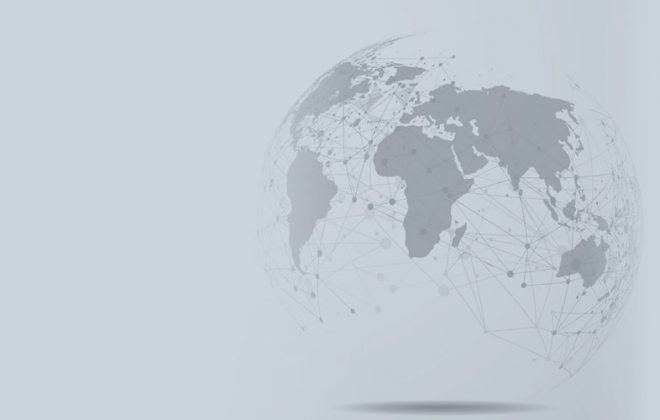 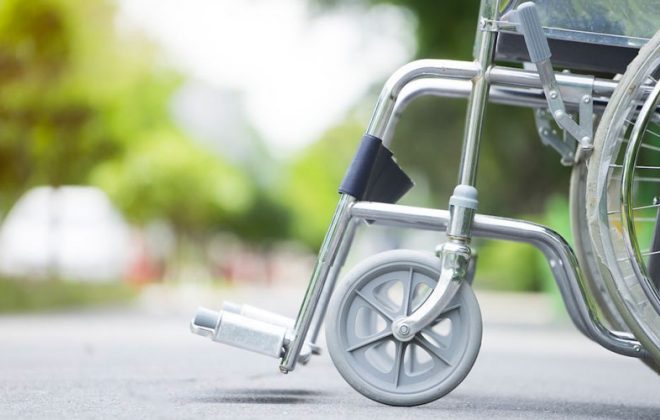